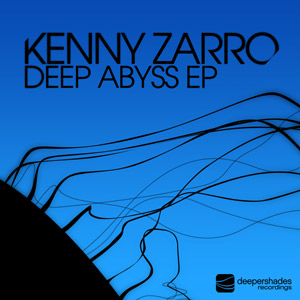 
The three tracks on Kenny Zarro's debut release "Deep Abyss EP" represent different moments of diving deep into the night. Yellow Brick Road is a proven peaktime killer while the title track Deep Abyss injects fresh energy in form of pizzicato strings and takes after hours to its most enjoyable. Tool 122 could be just that, a tool to tie the night together, or so much more. It's up to you!

Kenny Zarro is the soulful and organic alter ego of a canadian producer who made a name for himself in 2012 with releases on Klasse Rec, Realtone and others.

all tracks written & produced by Kenny Zarro in Montreal, Canada