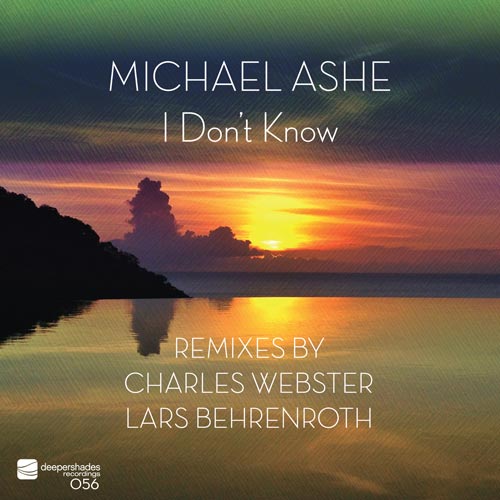 Click the logos below to purchase this release or become a premium member to download it free:


The amazing deep vocal by Michael Ashe gets remixed by Charles Webster (who appears for the first time on Deeper Shades Recordings) & label head Lars Behrenroth.

"Both Lars Behrenroth and Charles Webster are pulling out all the stops on their breathtaking re-imaginations, keeping the vibe deep and tantalizing yet adding their distinctive touch to the track. Put differently, this remix package is top-notch deep house music..." Michael Fossatti (Spirit Of House)

Boddhi Satva "Loving this release and i'll definitely be supporting"

Leigh Morgan "Really enjoying all the mixes, Charles’ Dub is in the new show this week"

Marques Wyatt "Feelin this, All mixes are top notch."

Abicah Soul "Must say all mixes superb. My pick to play that lars mix. Love the flow."

Souldynamic "Lars Behrenroth and Charles Webster mixes are so hot!"

Shane Johnson (Fish Go Deep) "Loved the original song and both of these remixes do it justice and take it in different directions. Looking forward to playing"

Kiko Navarro "I like the beauty of Lars remix and the intensity from Charles, top release, thanks."

DJ Spinna "The dub is mean"