Wow. This just left me speechless and my mouth wide open in awe.
Carl Craig worked with pianist Francesco Tristano to arrange his compositions for a classical orchestra. The result is stunning and 1h 7min and 45sec long.
This concert was recorded on October 18th 2008 at Cité de la Musique in Paris, France. You can read a more extensive review on Grandcrew.com. 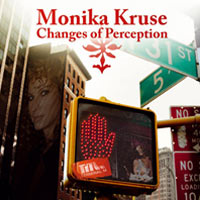 {xtypo_dropcap}M{/xtypo_dropcap}onika Kruse together with producer Gregor Tresher has just (09/04/08) released her first solo album “Changes of Perception" on her record label Terminal M.

I remember Monika mainly as a Techno DJ and artist but with this album she opens her doors to different varieties of sounds which resulted in me dropping two of those album tracks in recent shows. MORGANA was played on Deeper Shades of House show #253 and got a lot of great feedback from listeners. To compliment the release of the album, you can now enjoy a video for MORGANA produced by Adam Cominskey. 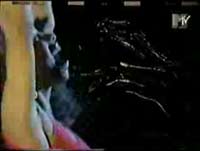 Big Fun. So much energy and memories in this song by Kevin Saunderson's project Inner City released on KMS / 10 Records / Virgin Records in 1988.

The 12" btw. can be heard in the end of the 2nd hour of my Classic House Special for Deeper Shades of House show #100.

While checking out Discogs for the usual link for more info on the record, I came across this great review with a lot of inside by Alain Patrick. 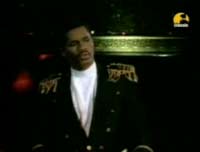 This right here is House before it was called House. 1985 - MCA Records, Colonel Abrams was 'Trapped' and all over the Radio singing how he's confused. Anything but, I would say. And yes, if the gig's the bomb, I pull this song out every once in a while. Sweetness... btw. the Colonel never stopped being active in House Music. I have quite a few 12"s in my collection.

{xtypo_dropcap}J{/xtypo_dropcap}uju & Jordash are two very talented Deep House producers whose hometurf you'd expect to be Detroit rather than the Netherlands.
Their new 'Time Slip EP' is dropping soon on the british Real Soon label. This will be their second outing on this imprint after the Blue Plates EP. I've been bangin' (if you can call it that with tracks ranging from 101 to 108bpm) both tracks of this upcoming EP during the earlier parts of my sets and each time I hear them, they're sending me somewhere else.

Now they're doing what many more Deep House producers need to do - they've introduced a video for the title track of the EP, directed and edited by Finnish clip director Gnowp Ants.


Find out more about Juju & Jordash on their website and their MySpace profile.

{xtypo_dropcap}T{/xtypo_dropcap}his song and its video are mostly responsible for me getting into house music. In Germany and the UK "Jack Your Body" produced by Steve 'Silk' Hurley and originally released in 1986 on the 'DJ International' sublabel 'Underground' from Chicago actually made it in the charts and it was played all over the radio. The European major label which licensed this song put together a video using old jazz dance snippets and some cheap computer animation (back in the days actually pretty fresh). I remember seeing this video on many different TV stations.

You can also hear two versions of this song in my Deeper Shades of House show #150 Classic House Special - 1st hour. 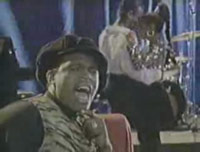 Chills.. everytime I hear this song. Make sure you check out the 12" with the Acieed Mix by Steve 'Silk' Hurley. That was the one mostly played in European clubs and that's the one I usually drop when I play this classic jam from 1989. Check out the full release info, credits etc. at Ten City - That's The Way Love Is - Atlantic Records 1989


please hit me up if you have a better quality version of this video. I gotta pull out my old VHS tapes and hope the sound's a bit more decent that the version above .. either way .. a must have in any House Music DJ's collection...