Our Son Mattias Rocking The Decks

Over the last months our son Mattias (almost two years) has discovered my DJ setup. First he was all over the keyboards but now he's all about the DJ mixer, CD-Js, turntables, efx.

Here are some videos of his 'performances' :) At the Westin Hotel in Atlanta

Check out this groove I've been working on.
I'm using parts of Elvis Costello rendition of "Butcher" after seeing him perform it on some TV show. In the original post I mentioned a 2nd version and which I uploaded to my Soundcloud profile a while ago but now finally added it to this post as well. Comments welcome!

{xtypo_dropcap}R{/xtypo_dropcap}ed Bull Music Academy interviews have been the bomb since they started and this new one with Moritz Von Oswald is highly recommended.

If you dig Basic Channel Records, Maurizio and Rhythm & Sound, you need to watch the entire interview and learn. Moritz Von Oswald is not only half of beforementioned phenomenons but also used to be the drummer of german new wave and avantgarde band 'Palais Schaumburg' (check Gruenes Winkelkanu to get an idea about the level of weirdness - I love it). Tony Watson (Mekanic.com - Project Sandro) was the only guest I decided to have this year at my monthly party at Moonshadows in Malibu and hands down this was the best night I've had in the 4 years I've been doing it ..

click here to check out the flyer for the party.

It was a beautiful night and the full moon had just passed by one day. The setting was loungy as usual .. but then:

A lot of drinks were consumed, a lot of asses were shaking and I have no idea how I took my Traktor Scratch, computer and harddrive apart at the end of the night (and I'll spare you details about the pain I had on the drive home - luckily I was not the driver who had to pull over :)

The music (as far as I can remember) was off the hook. I started out, then let Tony play for a few hours and we went back to back for the last hour and a half, covering all grounds from midtempo deepness to disco to rock (I threw some Pink Floyd and Zappa in) to deep house and all the way back. 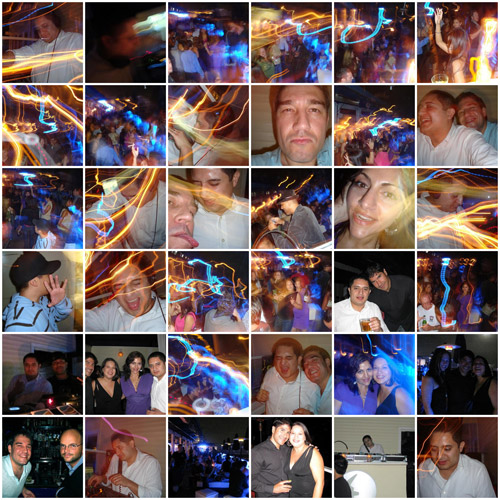 My next party (and possibly last for this summer) will be on September 19th .. .
I'm skipping August since I'm playing in Ecuador the weekend I would be at Moonshadows ..
Hopefully I'll see you then. As always . .all details will be posted in the event section of this site. 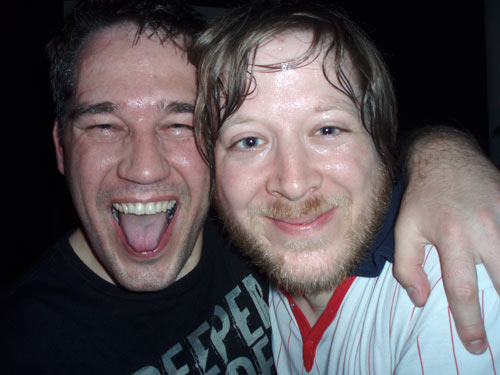