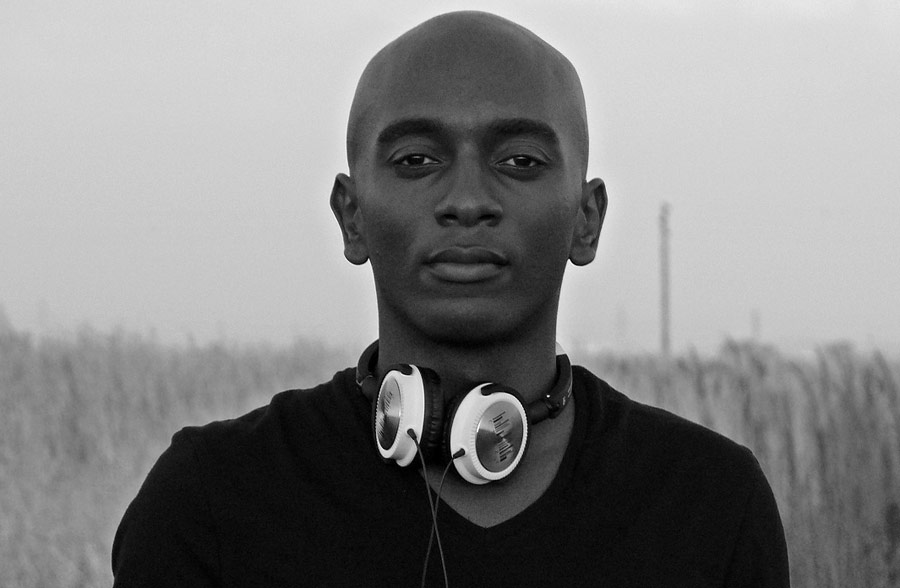 Kojo Akusa’s sound has been described by Peng label owner Andy Compton as “cosmic deep” and His 2013 dance floor single of the year “Hey” made sure the masses knew he had arrived. one year later we heard Kojo's artistry when he was a guest DJ on the renowned Deep House radios show Deeper Shades of House (DSOH #455). The year of 2018 sees us treated to a sound that is immeasurably extended in time and space with the introduction of the IFREQ EP released on Kojo's own record label, Wholegrain Music.

1. Kojo, first and foremost congratulations on your iFreq EP, I'm digging the consistency. Please tell us about your childhood, your parents and your upbringing.

Thank you. My parents met in Russia while on scholarship. Both of them are Ghanaian. They were good friends. My mother was the only Ghanaian woman in the town where they were studying. I guess my dad was fortunate, blessed even. We moved to SA in 1994. So it's not surprising I picked up house music as a hobby. I started making beats way back in 2003, but my real journey began around 2006. My parents have never really liked my interest in music, because of the kind of environment it put me in, the moving around at night, and coming home in the early hours of the morning. It also did not seem fruitful to them. Growing up I was told several times that I was wasting my time obsessing over it. They still don't like it, but don't talk about it as much as they used to, because I'm a lot more mature and responsible now and know how to prioritize. I've been into the genre since high school. I was a very shy kid growing up, but in high school songs from compilations like "Africanism" and "Fresh House Flava" would make me lose all the nerves and get in a circle. I personally don't think of it as a career. More like an affair that has lasted more than 10 years, because it took my attention away from my first love which was drawing. I am an artist, and music is one of the ways that I express myself..

2. As a person who has the qualities of an artist at heart, What are other ways to express yourself?

I have several interests apart from drawing and music. I used to write when I was younger. I also love film and visual effects, games, and technology. Currently, I am working to get into the IT industry. I received an IT diploma years ago but never used that qualification because of working in the family business. I recently finished my degree (IT: Multimedia) so I hope to start working in the industry soon. In the future, I will go into animation. I want to own a tech company and other businesses as well. I don't only want to entertain people but develop solutions to problems.

3. The adoption of internet and social media usage in everyday life has brought about a drastic change in many segments of music purchasing, record labels and interactions. Please share your view on this topic.

Both the internet and social media have opened up the industry to a lot of budding artists. Gone are the days when one had to be signed to some big label in order to succeed. Nowadays anyone can connect directly with the consumer/fans / listeners. The existence of online music stores and distributors also makes it relatively simple to own your own indie label and put your music out there. The disadvantage of all this progress is the pervasiveness of piracy. There isn't much we can do about that. I sometimes get the feeling that music is losing its value. But on second thought this may actually be a good thing because it causes us to be more creative and innovative. The music industry is changing so fast that if you slow down for a minute you get left behind. Speaking of online music stores, even they are struggling now because mp3 sales have dropped. They probably will soon be replaced by streaming services. It's a very touchy subject and a lot can be said about it.

Either is fine with me... I often see people arguing about which is better. The world is changing. Personally, I'm looking toward the future of music and what kind of new technologies we will be using. I'm not so concerned about the gear we use now to the point of being emotionally attached to either Vinyl or CDJ. We should just enjoy them both while we still can because we may not even use them at all in the near future. 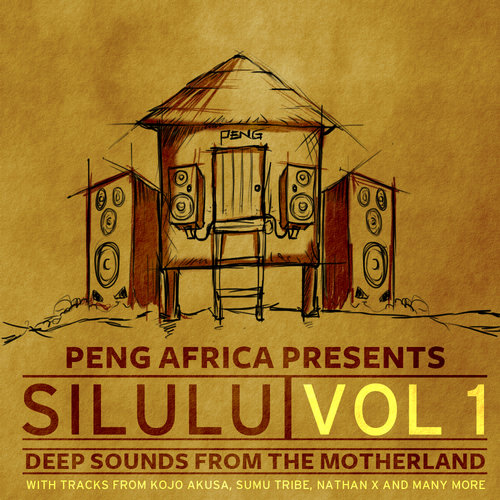 5. you have close ties to Peng Africa. Would you detail your relationship with Peng from the inception of ‘Hey’ to your "Floating EP" and if future projects will still be undertaken with the label.

I was one of the first artists signed to Peng Africa back in 2011. Peng Africa pretty much thrust me into the spotlight because there was a lot of attention on the label at the time. I've released quite a lot of stuff since "Hey", through other labels and through a label I used to co-own, Beat Rebelz. I took a break in 2014 when things went sour. I started speaking to Andy Compton in 2015 about releasing some music with Peng and he agreed. That's how Floating EP came to being. I had been working on a few of those tracks for years. Andy is like a big brother to me and I am always excited to work with him. I'm sure there will be many more future collaborations between us..

6. The "iFreq EP" is unique, not only because of its melodic transitions but also because it was released under your Wholegrain Music label. Kindly detail your reason for its establishment and how you plan to make it even more relevant to the House Nation.

I was out of the music game for about two years. During that time, I was contemplating starting a new label that would stay true to my vision, since I could not accomplish that with Beat Rebelz. I learned a lot of hard lessons there and I wanted to focus on other things. In 2016 my co-founder Myazisto approached me and pitched the idea to start a new label. That’s where Wholegrain Music came into existence.
Wholegrain Music is not just a place for me to express myself, uninfluenced by current trends and outside forces, but also to properly learn the business of music. My ultimate goal is to release timeless music and art that people will remember for years. I have been able to achieve that to some degree, with songs like “Hey” and a few others, and I want to do more, under my own label. Quite simply, the only way to remain relevant in the house music scene is to keep releasing great music. One other thing I intend to do is create value, especially for the aspiring young producers, by using my platform to educate them. Eventually it will become more than just a digital record label, but that is a story for another day. 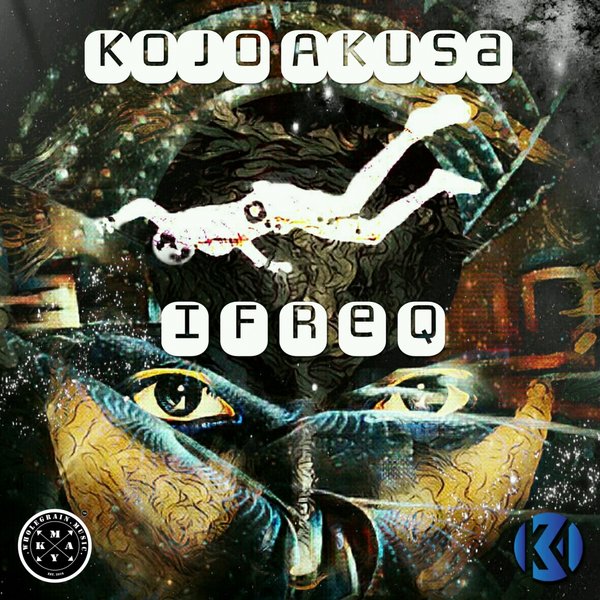 What I would do is try to change the house music "economy" somehow. House music, especially Deep house has become stagnant on the business end. Let's take the South African house music scene for example; the industry seems to be buzzing, with lots of young people becoming producers or DJs every day. International artists are able to come and make money here. But the pie is still very small, despite the hype. The industry is fragmented. Too much talk and not enough unity. The new generation of "fans" increasingly expect the music to be free and can easily download it on some free site, to the artist's frustration. We should learn from the mainstream and find out how to create more value for listeners. This is not just about music anymore. The music itself is only a little part of it. People are starting to value the interaction with their favorite artists more than the music, but house music refuses to adapt to that. The artists have to go through a paradigm shift, from just being "in-love" with house music to being in the Business of house music. If we see it this way, fewer artists will be always broke, we will spend more time and money on branding ourselves and making better music videos and better events, and marketing. We will also treat fans as paying customers instead of random just anonymous followers who only pay lip service. What I would change as president is the culture or a part of the culture and the attitude towards the industry and the fans. Yes we do this for the love, but we also need to see the fruits of our labor. A change in attitude will also allow us to get the corporates involved. Then there will be a bigger pie for everyone.

“People are starting to value the interaction with their favorite artist more than the music, but house music refuses to adapt to that.”

8. You recently hinted on a post that you will be involved in other projects that aren’t music-related. Does this mean one day you will hang up your headphones?

Yes, I do plan to stop producing and djing soon. That is in the next few years. I will be delving into entrepreneurship, so I will most likely still own the label but not make any tracks myself. I don't see myself at 40 years old and still going to gigs. I may do that for fun once in a while though. There are many problems in Africa that need African solutions. Entertainment is great, but we need to look beyond entertainment too much more important things like solving our socio-economic problems. This can only happen through education, entrepreneurship and leadership, and more. I intend to use whatever fame or influence I am gaining now for that purpose. 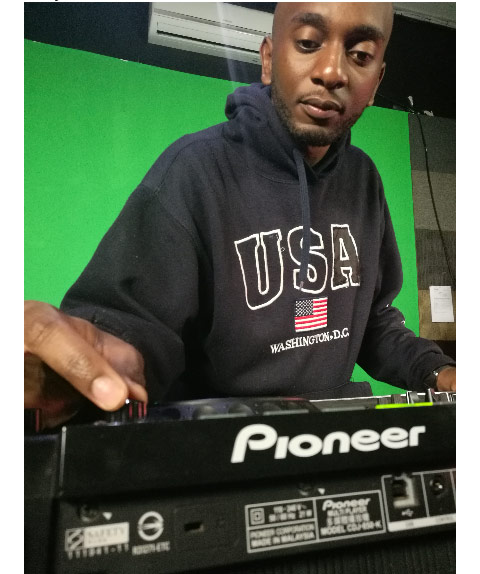 9. It has been said there is a shift of House listeners to a more neo-soul and lounge music kind of beat. Is this a paradigm shift or is it all sub-genres crossing paths??

I personally don't think there is a shift perse. Most people who like house music, myself included, are also into neo-soul and lounge. House music is also highly influenced by those genres. I believe people who go to house music events will also attend soul music or lounge events but not abandon house. They work hand-in-hand because they intrinsically bring out the same kind of emotions in the listener. To be honest, I listen to more neo-soul and lounge than I do house music. I'm sure I'm not the only one.

10. Are you still intending to release an album?

11. do you have any features in mind and what would you say would be different about it compared to your previous heated EPs?

There are a lot of people I would like to feature, including my usual collaborators like Guests of Nature, K-modi and Les-ego. I want to work with Jaidene Veda, Merldy-B, Sio... too many to list actually. I hope to get a few of them on my album. The album will be a lot more varied than my EPs, especially in tempo and style. There will be some experimental beats in there, the likes of which only a handful of people know me for.