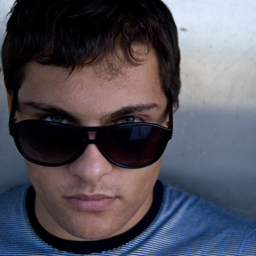 Salvatore Agrosi a.k.a MindTech is one of the youngest dj/producer on the international music scene. He was born in May 1988 in “SALENTO” situated in South of Italy. When he was 16 he started to love house music and at 17 he started to play for the best clubs in Salento.

His career as a producer started in August 2008 when just 20 years-old, he released his first remix on Sofitone rec. “Patrick Green - Qua Tanka (Salvatore Agrosì mix). This work was a success and remained for some weeks on “Traxsource top20”.

After blessing us with his remix of Patrick Green's "Que tanka", Salvatore Agrosi presents his own productions through CyberJamz Records. The "Elsewhere EP" features two tracks.  In the same year starts the adventure with his friend and collegue Marco Fracasso to create a new project called MindTech Crew. They release the Deep South EP on Deeper Sounds of Raisani. Two original tracks by Salvatore Agrosi “I Can” and the title track “Spirit” and remixes by MindTech and label head Lars Behrenroth complete his debut EP on Deeper Shades RecordingsSo Lars Behrenroth make two remixes for Salvatore..This project was one of the best for the deeper shades rec.Here the project: Salvatore Agrosi - Spirit EP , Early support by Jimpster, Yass, Lovebirds, Guy Robin, Scope, Boddhi Satva, Halo, Claude Monnet and othersavailable on Traxsource.com, Beatport.com and DeeperShades.net. Italian deep-tech duo MindTech is back with new amazing four track EP called Deeparture on BlackSoul Music with 4 tracks.Another great track by Salvatore is "Yes Sir" written by Salvatore Agrosi & Beppe gioia for Sofitone Records. After the DeepSouth Ep release on Deeper Sounds of Raisani MindTech come back with another great Remix for Roland Clark & Haneef Raisani, The Name is Joe's revelation... Another remixes from MindTech crew was released on Deeper Shades Recordings "Marco Fracasso - Xiba Chant".   Salvatore Agrosi  will be soon on deeper shades with many projects and remixes like the next project " Canto Libero"with Brothers Vibe remix and Lars behrenroth!!

Now Salvatore is an artist of:  Deeper Shades Recording, Progcity Deep, Sofitone Rec and Seed Recordings  and many others.

and As MindTech: Raisani, Deeper Shades Recordings, BlackSoul Music, Night Drive Music , Gotsoul and many others