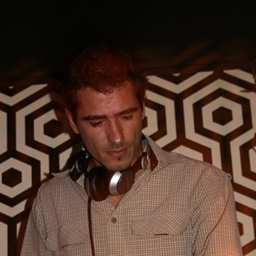 Born in 1977, in the portuguese capital of Portugal, Lisbon, PeteBlas dove into electronic sounds when he was 12 years old. He used to record radio programs about this genre. When he was 14 years old he decided to move into where the scene was going, listeing to Dj’s like DJ Vibe, a nightlife reference at Kremlin’s club. Later on he joined a Funk Band, played percussion in several projects and later returned to his real passion.

While living in Leiria, PeteBlas dressed up in gas masks and chemical suits, to pulverize local places with an electronic music project, the BeatRaiders, along with his pal Bruno F.

PeteBlas finally started to produce his own music after returning to his hometown, in 2004, while playing sets in different clubs.

2007 was the year where Detroit producers Scott Ferguson and Keith Kemp discovered “Mixdown My Brain EP”, and decided to edit and publish it through their label Gravid Digital. “BlueSky” was the next EP to be signed by Scott, releasing it on Ferrispark Records in August 2008.

“Antena 3 DanceClub”, Rádio Antena 3, monthly portuguese producer on September 2008 with the tracks “DeepSpace” and “UpStairs”, from MixDown My Brain EP