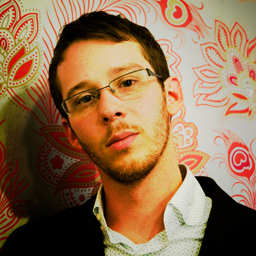 In the early 90's Bandy was introduced to Dance music through the Midwest rave scene,   a melting pot of sounds encompassing Techno, Hip Hop, Disco and House. Then living in Kentucky, far from a major metropolitan area for music, Bandy travelled to parties around the country. He developed his musical tastes by pulling his influences from the sounds of Chicago, Detroit, and the East and West coasts. By the late 90's, Bandy was hosting his own events and introducing new music to his local scene. Having presented DJs such as Halo, Kevin Yost, Johnny Fiasco, Terrance Parker, Traxx and Onionz, Bandy simultaneously hosted Kentucky's first and only electronic music radio show – "Through The Vibe" on WRFL. The show continues to broadcast to this day.

In 2000 Bandy focused on writing and producing music to further his creative vision. In doing so he created the studio collaboration and live act, Deep House Souldiers.

This was a successful and creative partnership with Joel Hopper, now producer for Nappy Roots. In 2003 Matthew formed Limestone Recordings and moved to Denver, CO to expand his musical horizon. Deep House Souldier's went on to release, "This Is Why We Dance," on Matthew’s own Limestone Recordings which was licensed to Ben Watt's "Buzzin' Fly Vol. 1" compilation. His label was also featured in Urb Magazine's 2004 "Next 100”. Now he has released a wide range of music on labels such as Soulheaven, Papa Recordings, Foliage Records, Seasons, and Tribe as well as worked with the likes of Chez Damier, Jay Tripwire, Aaron Ross and DJ Dealer to name a few.

His scope as a producer and his love for live music has taken him beyond the House sound. Matthew, alongside bass player Casey Sidwell, was one of the creators and driving forces behind  'Know', a jazz/funk/soul band for whom he produced and performed with. Know was built from many talented musicians and featured the soulful vocals of Venus Cruz. For 2 years Know held a weekly residency which became highly regarded within the city's underground live music scene. Their events were home to some of Denver's finest rising musicians, poets and artists. Further to this Matthew was involved in hosting two of the city's most respected underground parties, Community and Afroblu.